chappelle2018-12-10T14:44:07+00:00
Incidence 1
On November 20th morning around 11 am , Mr. Gill (Sidhu based on the UPS label) barged in to the counselling room, while the pharmacist was with a client on and demanded his UPS parcel urgently.
When the pharmacist asked him to wait, he pleaded that he is in a hurry and needed the parcel immediately. Due his aggressiveness, and with the approval of the client (who was present in the counselling room), the pharmacist came out of the counselling room, searched for his package and scanned it out to him.
Incidence 2
On the evening of December 5, Mr. Gill (Sidhu?) called the pharmacy enquired that whether we have his UPS parcel; upon checking, the pharmacist advised him that the parcel NOT in this location at this moment, and at times, it might take a day to arrive and asked him to check back next day. However, Mr. Gill insisted the parcel is in the pharmacy and within few minutes he wrote a one star negative review on Google (on December 5th, see screenshot-1) saying ‘The pharmacist never does his job and ‘screwed up’ his parcel (though later he reworded this).

After around 30 minutes, a person claimed that Mr. Gill visited the pharmacy, presented the UPS info notice and demanded the parcel. The pharmacist told him that, just few minutes ago we told you the the parcel is not here. As the info notice clearly states, the parcel will be available next business day after 1 pm.  It would be appreciated if Mr. Gill could remove the review because it was a misunderstanding in his part. During this conversation the pharmacist had an off duty police officer at the pharmacy (who resides in the community) asking over the counter medication / advice, and he overheard this entire conversation.
Next day (Dec 6th), the original Mr. Gill presented himself to the pharmacy and demanded the parcel and yelled at the pharmacist saying, the pharmacist is
holding his parcel from yesterday. Since he was then recording this conversation on his phone, the pharmacist told him that, unless he tenders apology for his actions, he will not be handing over the parcel and the parcel will be returned to UPS. Due to his abusive behavior Mr, Gill was refused service and asked to leave the store.
We intend to create a welcoming environment for our customers at Chappelle Pharmasave and we take great pride in whatever we do for the community. At times we have the right to refuse service to unruly customers to protect our values and dignity.
The entire situation above is due to Mr. Gill’s misunderstanding that the parcel reached our location on Dec 5, 2018; however, the parcel was delivered by UPS only on on December 6th. (see screenshot-2). Mr. Gill didn’t want to listen and understand this fact.

Our pharmacist strives to achieve the highest level of patient care and his priority is to address the health care /medication needs of the patients and community. Helping the UPS parcel pick-up comes at the bottom of his priority list. If you are not able to wait, you may choose to come back later or ask UPS to redirect your parcel elsewhere.
Our pharmacy is a professional place, and no abusive, or demanding behavior is tolerated. Period.
By chappelle Articles, News 0 Comments 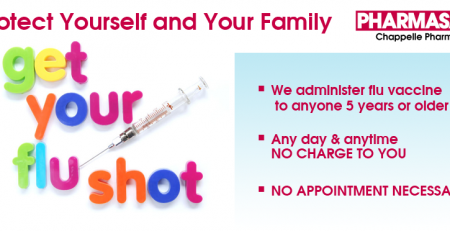 Ideas to make the weekend more productive: Get Your Flu Shot at Chappelle Pharmasave 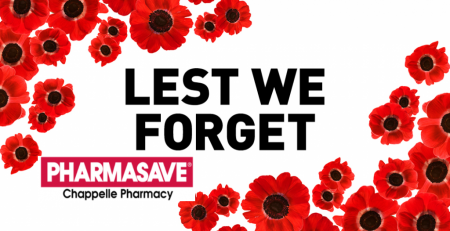 Get Your Flu Shots at Chappelle Pharmasave – Anytime, Any Day – No Appointment Necessary 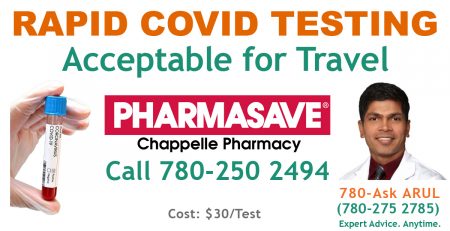 Feeling sick or need a COVID Test for Travel?

Feeling sick or need a COVID Test for Travel? 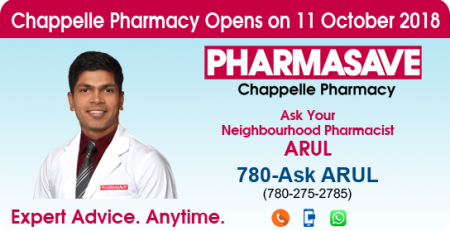 Are you the One in Three?